After all the Pink Ribbon activity in October
came some serious felting
in the first two weekends of November.

The regional group
of our Dutch felting society
(VKG)
gave us the opportunity
to make shoes or boots.
(some of the members did a real shoe-workshop,
then made another pair and then
five of them wanted to teach us)

With three together
we carpooled to the tree-nursery region
where one of the members has a felting studio
in a greenhouse.
The sun was shining ...
but at first it was COLD !
(but we were warned :
and had many layers of clothing !) 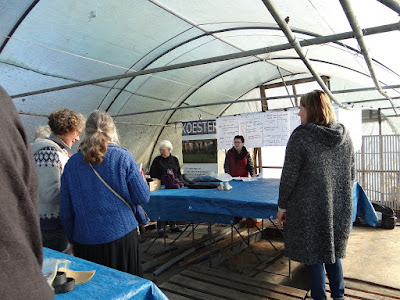 After measuring our feet
we had to adjust the lasts according to those measures. 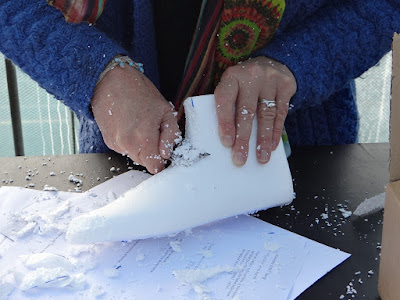 Iiiiiiieeeee not nice, cutting into the styrofoam !

We also made the reinforcement for the heel 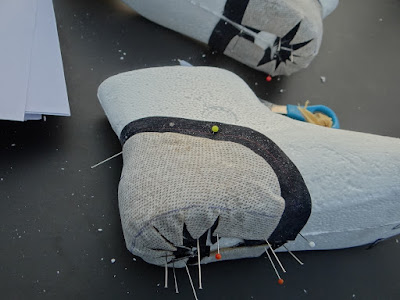 Weighing the wool, making the resist for the felt,
and having a nice lunch filled up that first day.

The next day the serious felting began !
Still COLD but the sun heated up the greenhouse quit nicely. 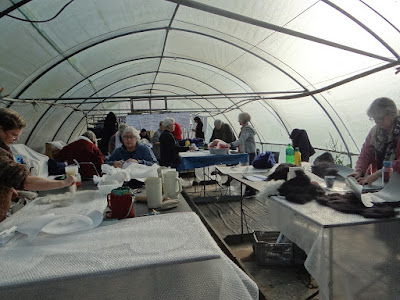 Starting with the  B I G  resist ! 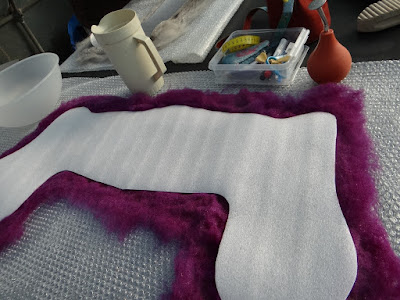 The first of many layers ! 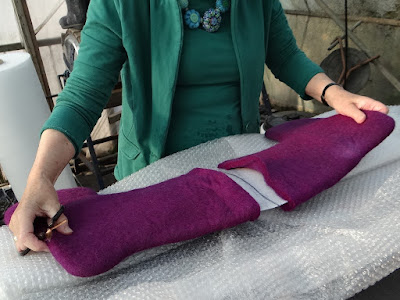 After a bit more felting I put in the lasts
and continued felting
to let them shrink to the form.

We took the half finished shoes home. 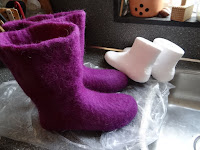 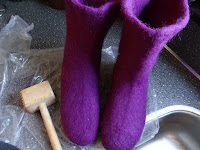 Luckily I could take out the lasts without
having to cut the sole !!!

Then there was more felting, till they fit around my feet ! 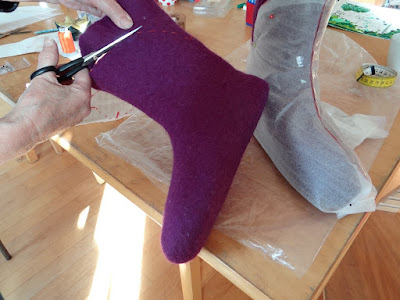 After they were dry I could cut the shape I wanted :
I decided for booties instead of shoes with laces.

Next weekend was the final day :
punching holes for laces,
gluing in the contrefort and putting on the soles. 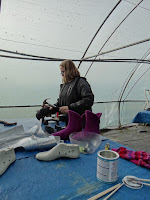 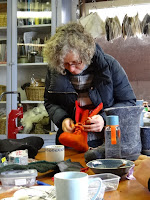 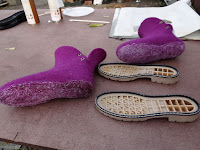 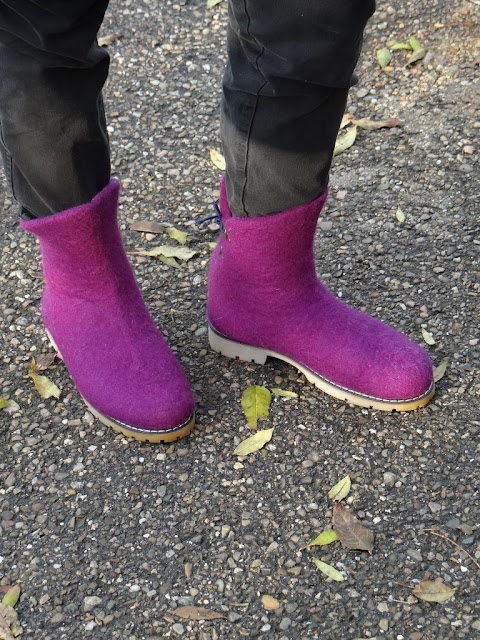 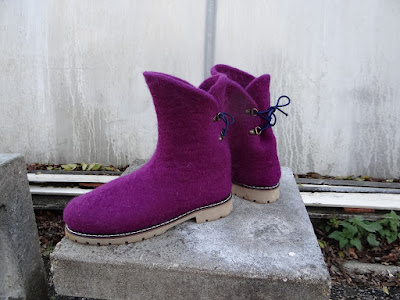 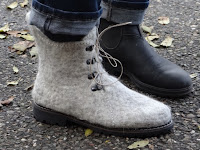 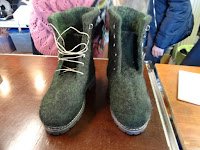 Oh boy, it has been a while

After finishing the last Pink Ribbon jewel
on Wednesday October 31
there was the start of a lot-of-hard-work workshop :
felting shoes !
It was a lot of FUN but it was quite cold
and a LOT of hard work indeed !
(3 days)
But more on thát later !

Although, at the beginning of the month,
I didn't know if I would be able
to keep it up till the end,
I luckily did !!!
(but I still must be careful with my back)

The very last EXTRA jewels
that I had to make
will be going to the post next week ! 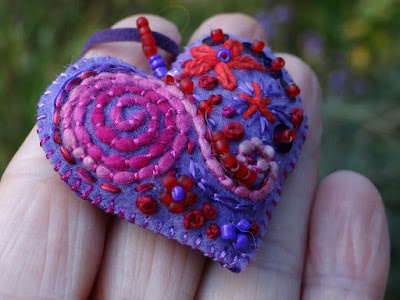 I want to THANK all the generous buyers
who made this possible !

SO VERY VERY MUCH !

(you might count the names and NOT come to 31 ...
that's because there were people who bought
MORE than one jewel !!!)

One started yesterday
which continues tomorrow,
and an extra (small) one today !

I will tell about those later
but :

That must be a mistake 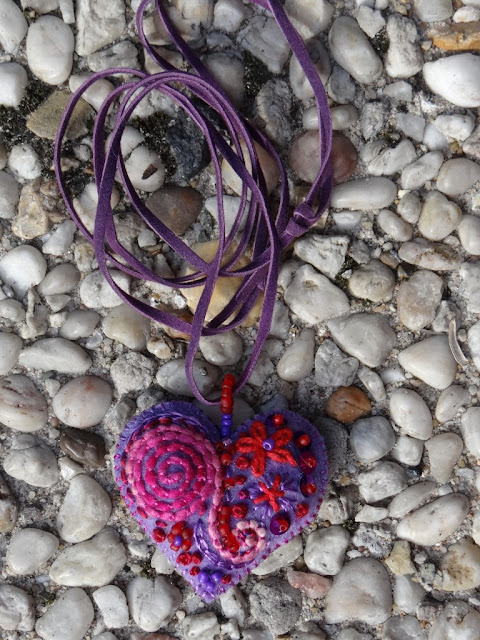 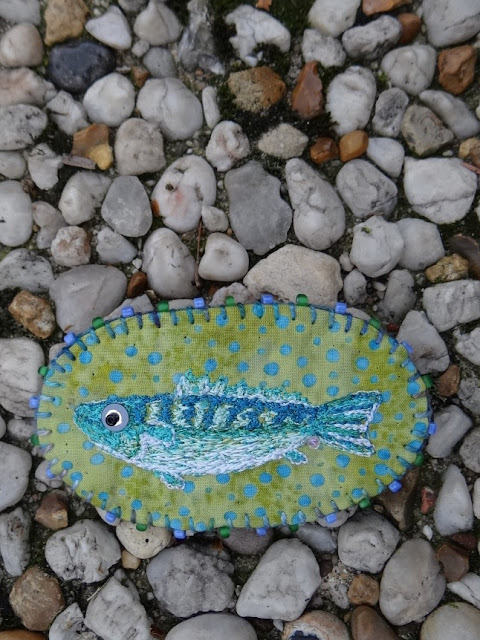 you support a good cause !

Just send me an email at
fiberrainbow@gmail.com
(or leave a message down here at the "comments")

I hope I can send these lovelies to someone soon