Some people stick to their own kind
of creative ways :
they knit, draw, paint, stitch, crochet or felt ...
and stick to that one technique.

Hmmmm
not me.
After some time,
which can be days, weeks of sometimes even months,
I have to change and do
"something completely different"

So after more than twenty (or so) finger puppets
I wanted something new.
Though I think I will be drawing / painting soon,
there came first new critters in felt. 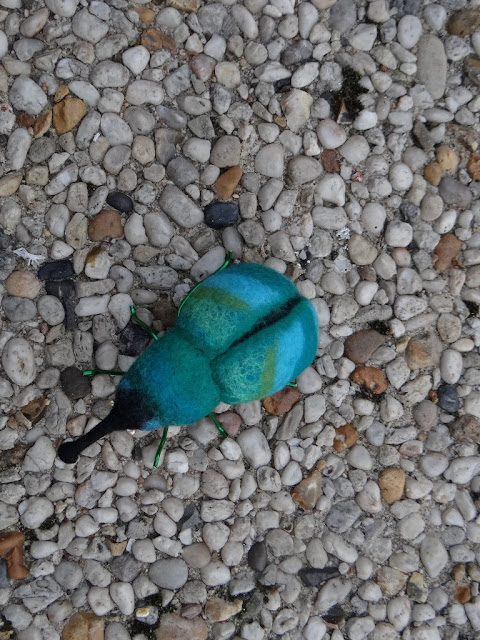 (uhhhhhhm ... not to everybody's liking probably
the real ones I mean) 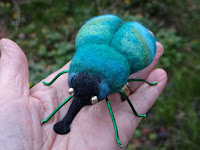 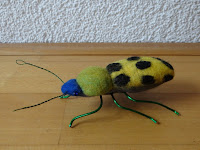 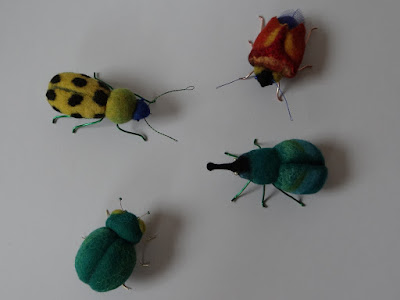 The little one, bottom left, was the very first,
three more (other than these of course) are waiting for their legs :
I don't have the right colour metal wire ...

Ahhhh ...
I have been looking
at the amazing forms and colours of bugs
on Pinterest.
(sometimes you can't believe your eyes !)

But the death rate among insects is alarming
Not many people are aware that insects
are vital participants in Nature
and not just inconvenient and annoying bugs !!!
*

In the garden
and in the water next to it
lots is going on :
we're still feeding the birds
and the lovely grebes are busy dating in the water ! 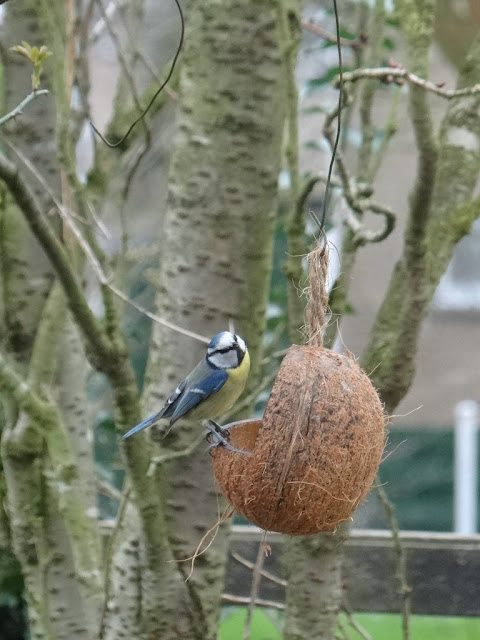 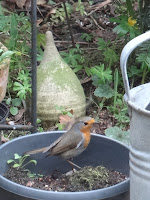 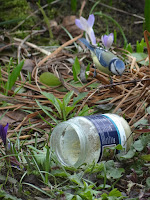 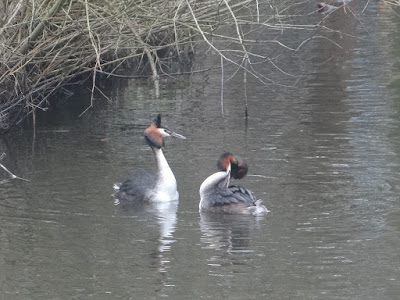 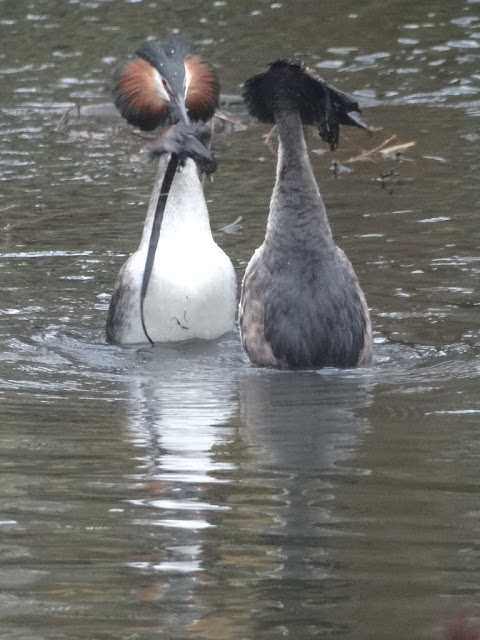 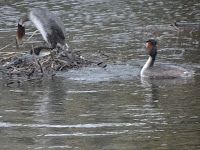 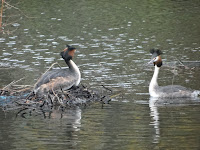 It would be fantastic of they indeed decide to make their nest here
which is quite close to the garden ...
Though we might not see the nest because there will be a new fence
between us and our (new) neighbours
(they ripped out the old conifer hedge which
was almost bare at the sides and green at the top)
But from the balcony we could see it.
Only if they decide ...
the water level isn't always the same ... !

But seeing them making their LOVE dance
is already a wonderful view !