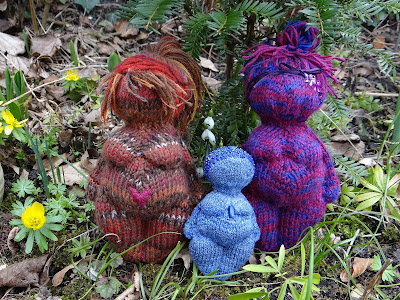 ("Venus de Merino" made by daughter)

I originally planned to do a post on that
but couldn't find the right words for my feelings,
all the important things I would like to say
.....
it's hard sometimes
when you sit in front of the computer keyboard
...

But today I found on YouTube a small part of an interview with
Whoopi Goldberg
that I saw that Friday night on Dutch Television :
what a marvellous woman that is,
and what a fantastic interview !

And this particular bit was so touching !!!
Go see for yourself


(Well, in fact it should be "women's day" every day :
and then I don't think of most of the women here in Holland,
where almost everyone can freely plan her own life ...
no,
those places where women/girls aren't allowed to have proper education,
are raped for no other reason than
just being a women/girl,
baby girls are killed because parents prefere boys,
and young girls are forced to marry ...
that's why it should be on our mind every day)