It's been a while since I did some felting for myself.

Now a lovely fine piece of woolen fabric
(which I bought especially for felting)
was lying around, waiting to be used.
The "problem" with nuno felting is
that the wool fibres must be able to migrate through the fabric.
Sometimes it is easy and the fabric sticks to the wool in no time
sometimes it just takes
a LOT of time.

I wanted to test this fabric before
making something big. 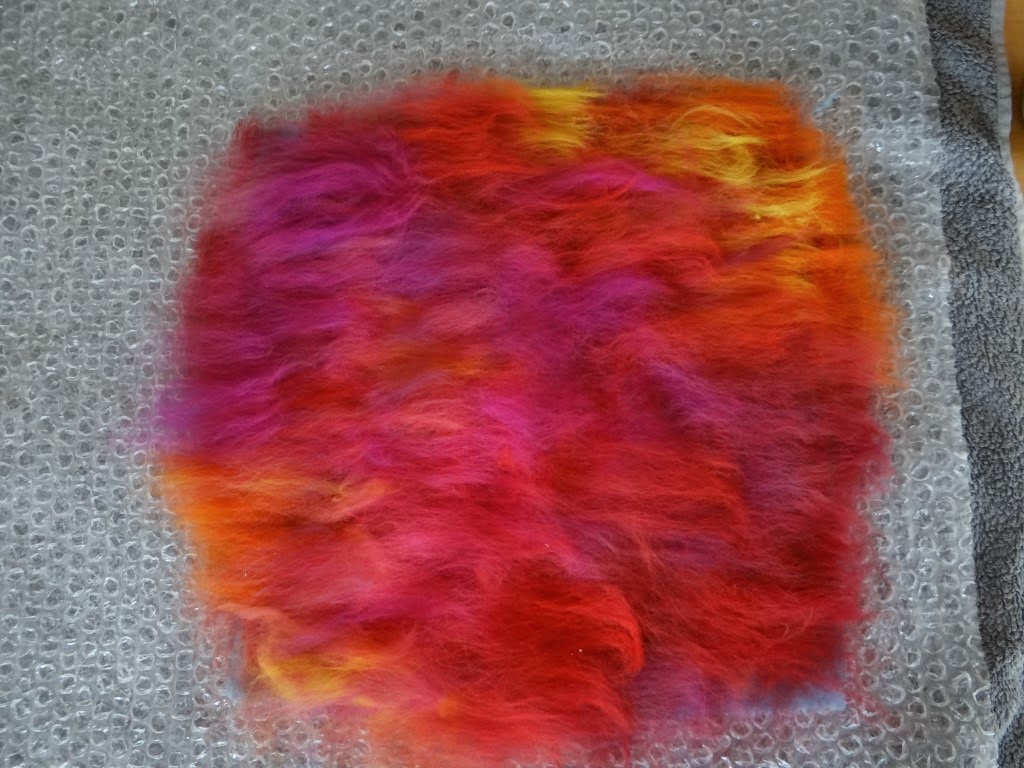 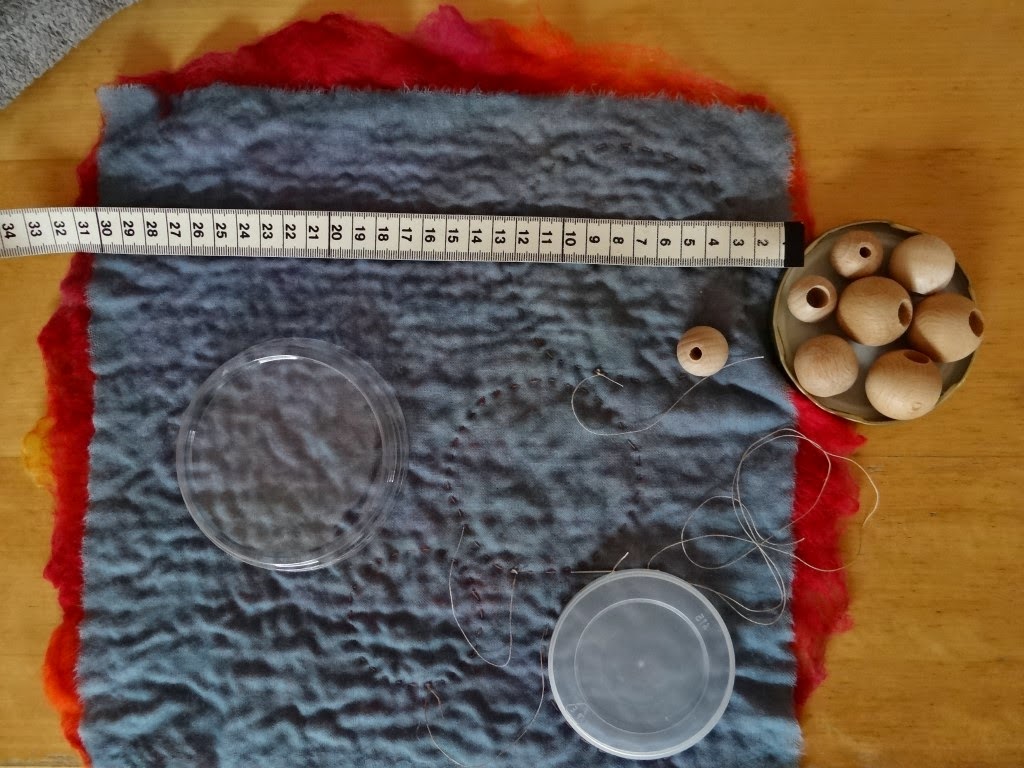 Two very thin layers of wool,
and after rolling a bit I started to stitch circles for the wooden beads,
a kind of "shibori" you could say. 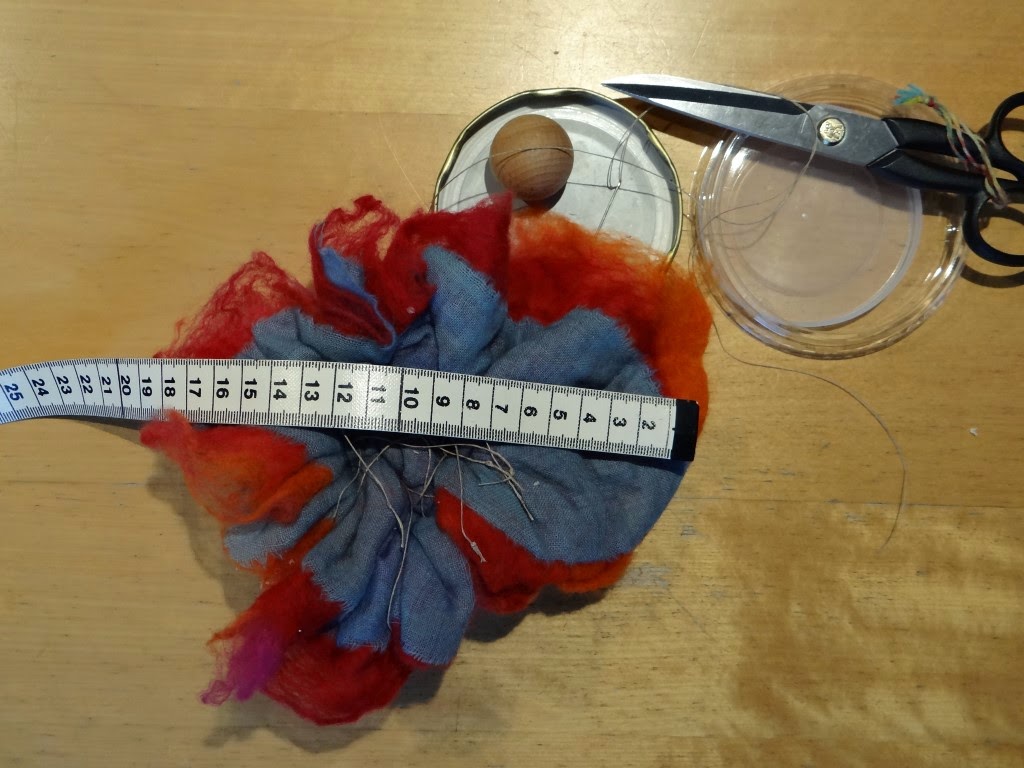 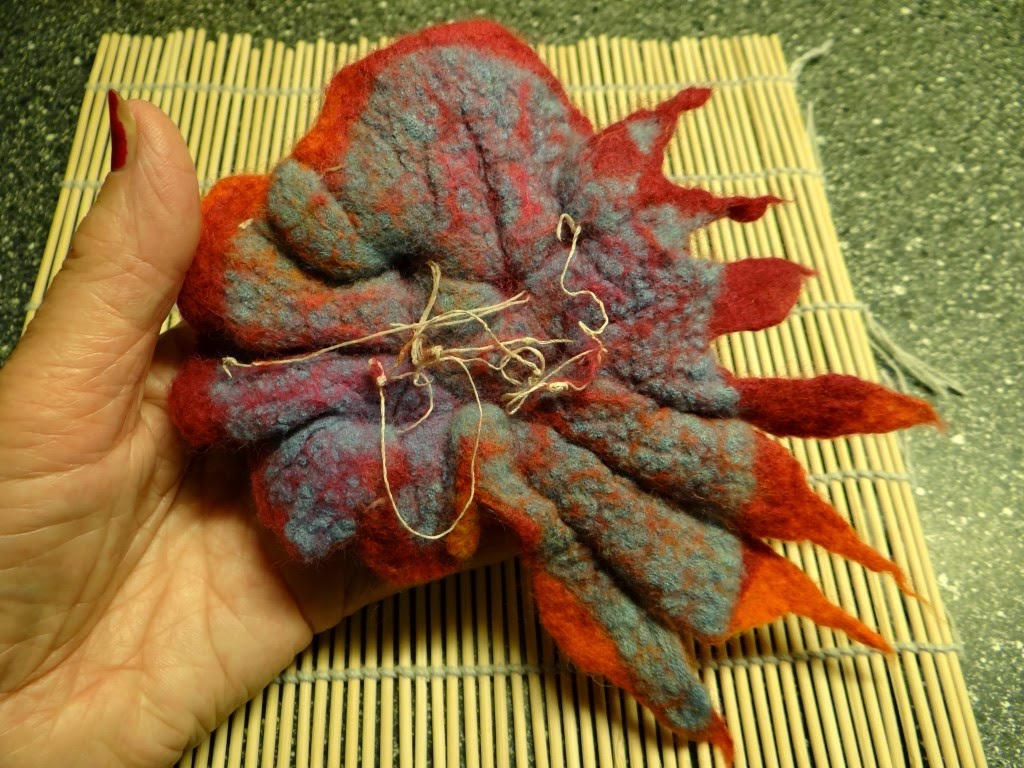 It's important to know how much "disappears" ... and the piece after felting. 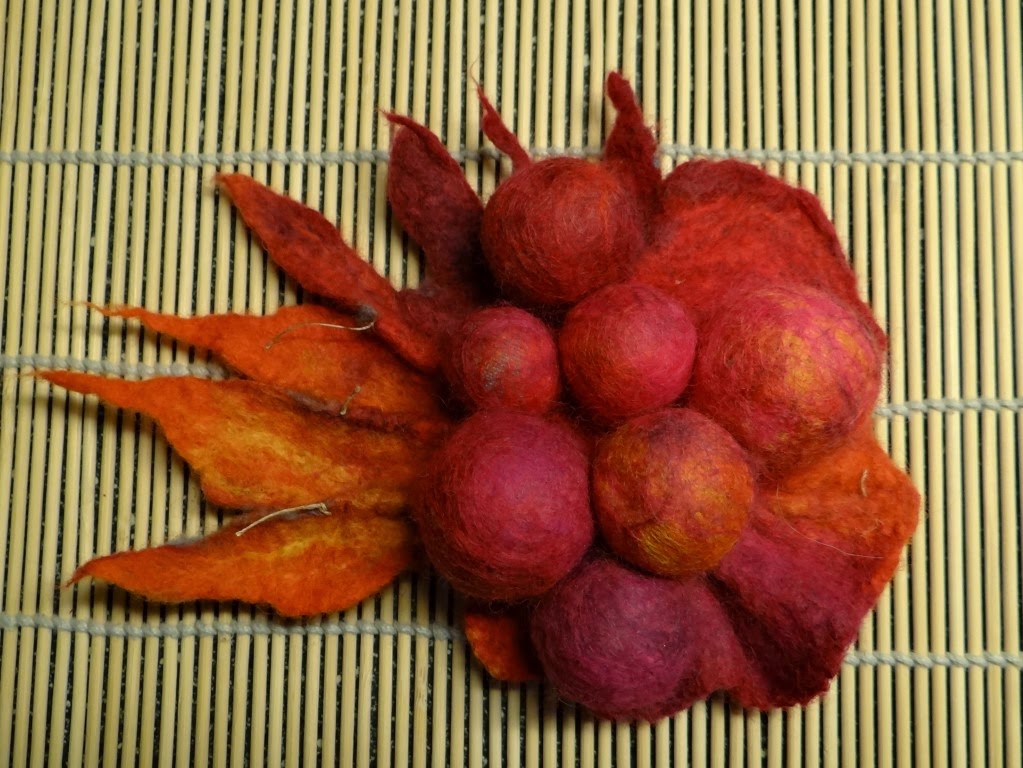 Drying, but I still have to get the beads out !
(but I know already that the blue will not be very strong on the inside) 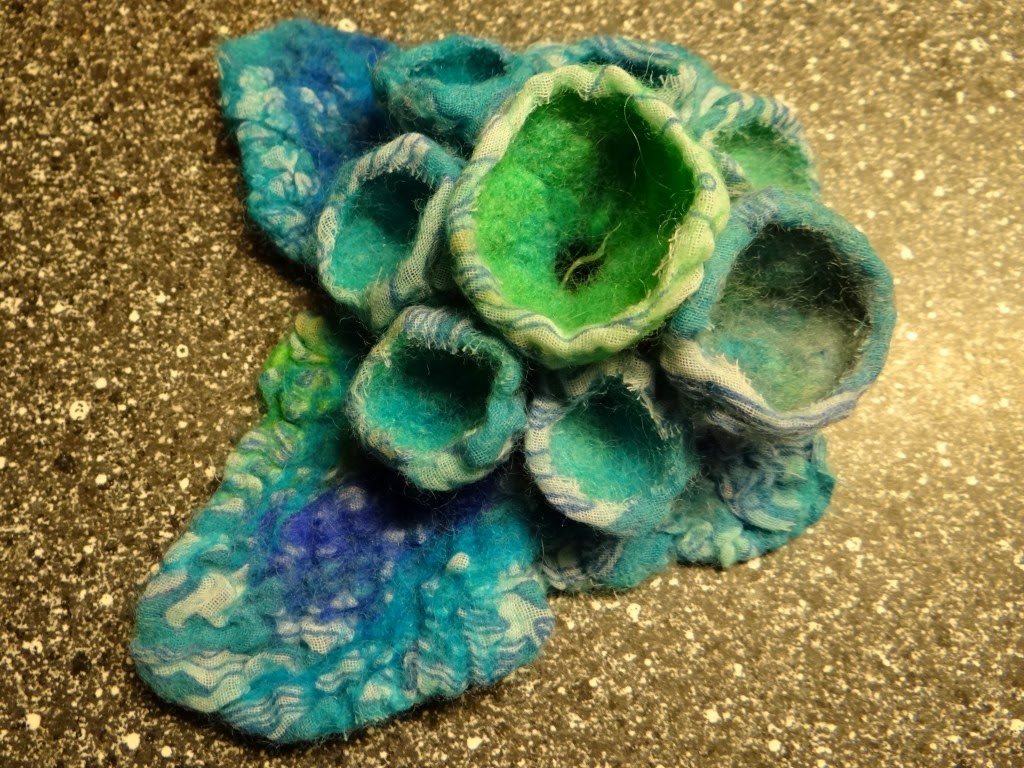 (With this one I took the beads out immediately)

Well, not entirely satisfied,
but learned some things again
...