That is the title of a wonderfully illustrated
children's book by Jackie Morris,
someone I admire a lot !

These last few days I SEWED a dragon

A dragon costume
for the youngest grandson !
(they're going to "Castle Fest" again)
Daughter had been working on the costume of the eldest
so I was the "aid group" for the youngest
(the middle one already had something he wants to wear)

We took the "knight" outfit I once made,
looked up a lot on Pinterest,
and daughter made a little sketch
to show how she liked it
... 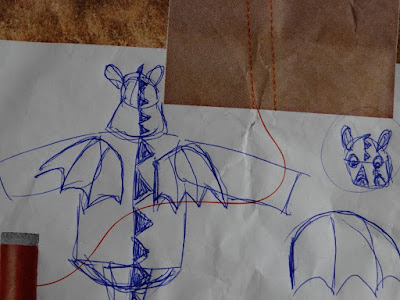 Her idea for the head was to use a cap inside,
(the "Minions" cap that grandson loves to wear)
I also had the "old" knight's helmet pattern.

On the Saturday-market in Rotterdam I bought some green cotton
and some glittery fabric.
But I went again to buy some more green
(because the glitter wasn't the right colour ...)
but they didn't have that with them that day
so I bought something else :
really WILD soft tricot : with black and yellow drops on green background,
BUT the backside was quite nice !!! 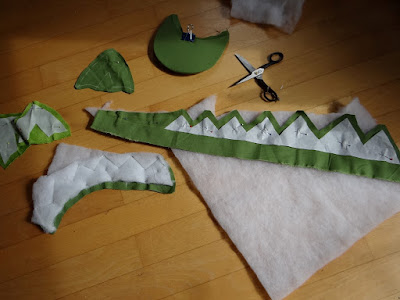 Ears, part of the mouth, points for the head and the back ...
(thick fiberfill : stash from the old "quilting-days") 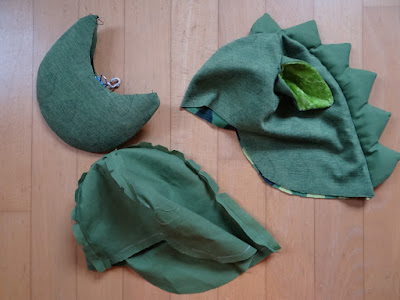 I decided to make the head without the his cap,
in fact making a new "cap", the sturdy bit will be the mouth
(it's got plastic inside !) 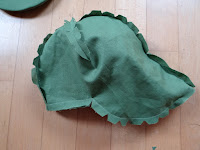 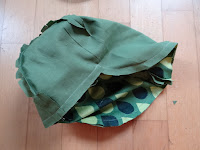 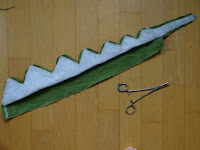 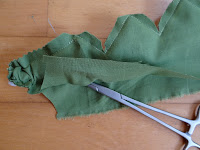 points for the back  .....  and my clever tool to turn it !
(got the tool from a friend : these surgical pliers are thrown away !!!
because buying new is cheaper than sterilize them .... ???) 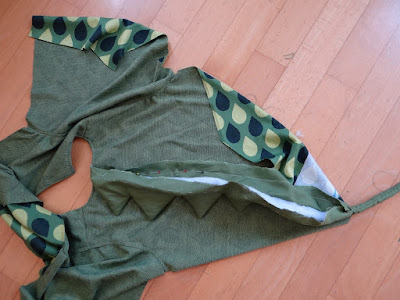 Attaching the points on the back of the (still) open shirt :
half with the machine, half by hand. 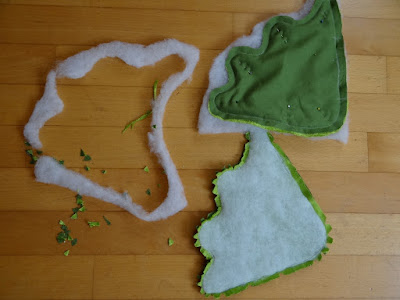 Diner-time ...
but still wings to make

But then daughter arrived
to tell they're not going to the party tomorrow ...
but on Sunday ! 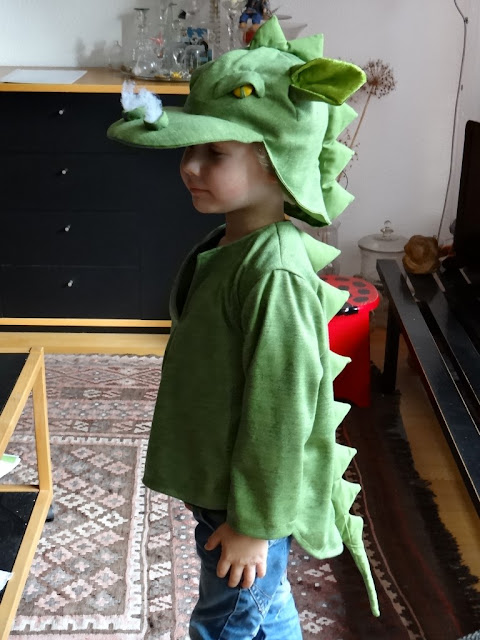 (the pants are at home : daughter made them,
just like his favorite sweatpants !)

They went home (with the head)
and I finished the wings and sewed them on the back of the shirt.
Done ! 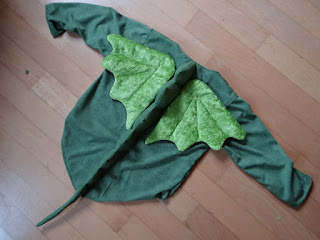