There are many things I want to try.
I mean : that I want to try making things﻿.
I'm always curious if my craftsmanship
is good enough to create something I see
that someone I admire has done.
Most of the time it's then that you realize that making wonderful things
takes a lot of time and a lot of practice !

Felting wasn't "my baby" in the beginning
but when I realized how it worked, in the way of planning ahead,
I started to like it very much.

But making a felted hat ...
no I hadn't done that,
probably because I like hats, but I think they don't look very good on me .....

So when a friend said she wanted to make her own felted hat
I agreed to give it a try, because I know how it's done ...
Last Monday she came over and we both started making a hat !
It was a fun day, talked a lot,
had lunch ...
and in the end, there really was a hat !
(mine was still in a premature state because my main task was helping her)
Yesterday I continued where I left off on Monday 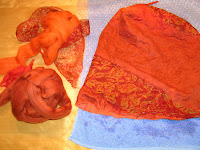 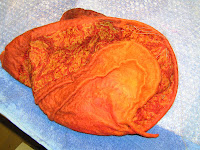 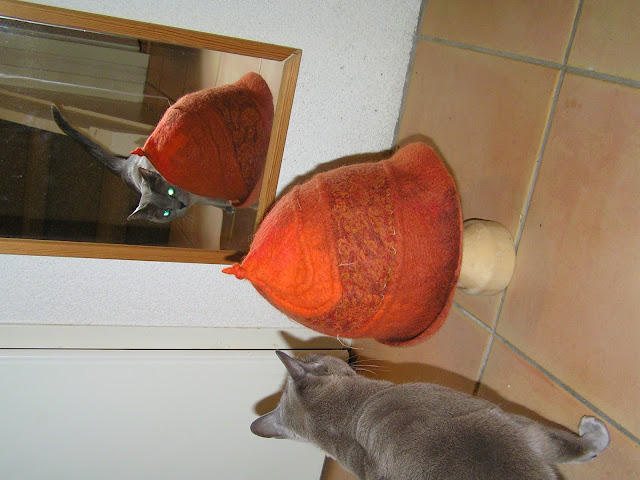 And after a LOT of serious rolling and gentle throwing
this was the result.
There are still some linen threads visible that I used
to keep things in place during the process.
After it has dried completely I will remove those
and be the proud owner of a homemade hat !

(but no, I don't think I will compete with Alice's Mad Hatter !)

A wide variety of things
probably comes into your mind
when you think of that word.

As my first felt project of this year
I wanted to make a start for the "felt-along" :
thirty odd people, who love felt in all it's aspects,
who sometimes like to set themselves a goal
to make, under the same denominator,
something interesting out of
FELT

The "felt-along" is held for the 8 th time
but this is the first time I 'm participating,
because I thought it was fun to give it a try !

Lots of ideas were tumbling through my head,
lots of things to try
..... 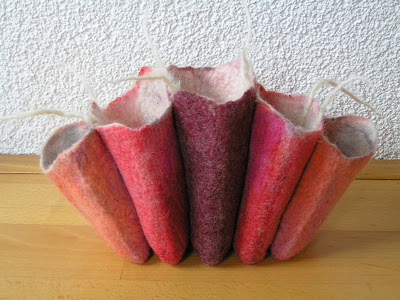 and this is what I've come up with !

I thought this name was appropriate for the form I made
And, container ... ?
well you could put in
...
some pencils ...

little pieces of paper with little poems written on it ...

some flowers (in tiny glass pots) ... 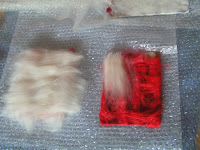 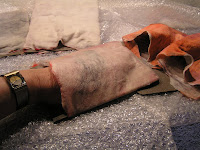 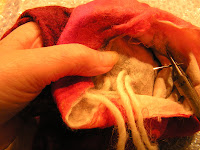 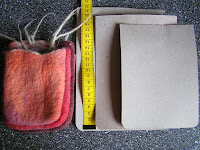 So far, this will be my entry,
but there might be others :
lots of ideas left !

No, winter hasn't been around here (yet)
Still hoping for a bit of snow
or ice
...
( though not everybody will agree to that )﻿

No, nature isn't expecting much "winter" anymore as it seems 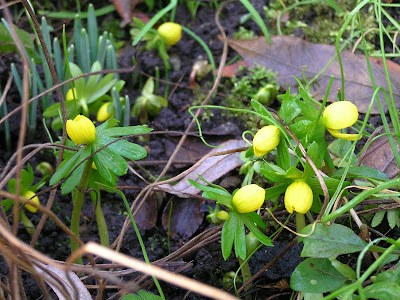 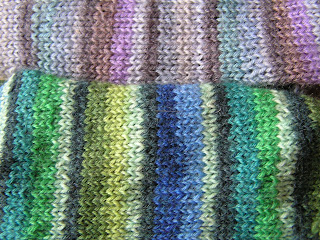 I do love the colours of this new self-striping Regia sock yarn !

The top one are socks for me, knitted by my daughter,
the bottom one is the just finished pair
for the little birthday boy 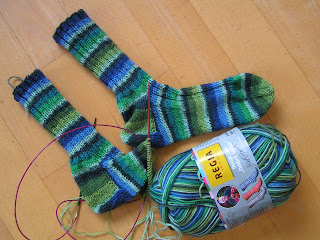 I can hardly believe it myself :
but I started the second sock this morning
( I'm not an early riser in the weekend )
and it was finished by 6 pm ... !
A sock a day ???
Never did thát before !
Yes, I know
these socks are not as big as mine :
I cast on 60 for mine
and only cast on 52 stitches for these
nevertheless
.....
Though I don't think my hands will like it very much
if I do this kind of thing every week

So now I really can go back to felting and stitching
pffffft !

Oooooh wow,
a whole week of the new year is already gone !
where was I ? 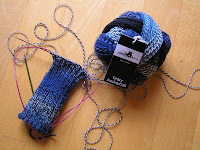 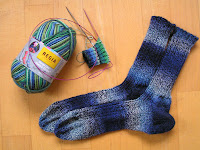 Within two weeks there will be two happy, I hope, birthday boys !
( one big, one small ) 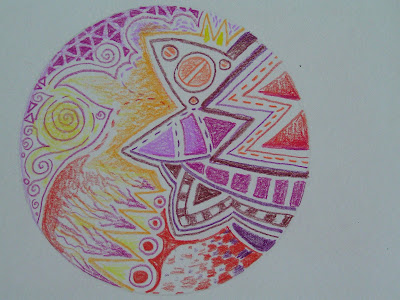 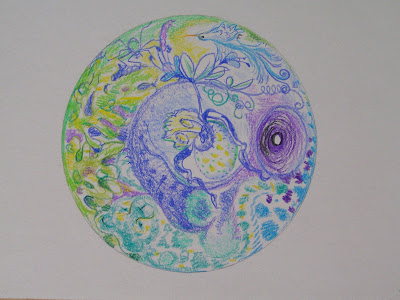 In the second one there appeared some jungle animals
... I hadn't plánned that ...
but it might be because I saw a picture of a leopard
earlier in this morning's newspaper ...
( he, or she, was found in a North - Indian city,
attacking people,
these big cats start to come out of the jungle
because their habitat is getting smaller and smaller )

Two other little mandalas are waiting to be send away
but I'm still missing one address
( so please Fiona ..... and yes Yvette it is the mail )

so for now only some details 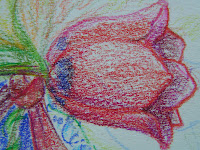 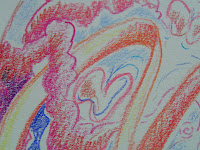 And my plan is ( although I didn't make any resolutions )
to start again making some felt-fabrics
......